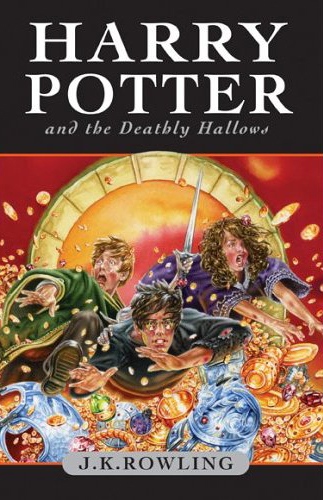 The seventh and final installment of the Harry Potter series. Published in 2007. Harry's not going to school this year, but don't worry, it's for a good cause. Harry, Ron and Hermione's only hope to defeat Voldemort is destroying all his Horcruxes as he infiltrates the Ministry.

Also, remember how the previous few books just had one person die at the end? This time no one is safe at any point in the story.

Tropes exclusive to this book or at least especially prominent