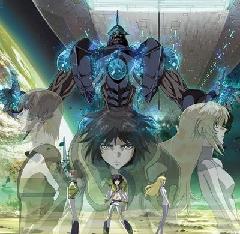 Age in his human and Kaiju forms

Long ago, a race of beings known as the Golden Tribe, sent out a telepathic message into the depths of space, to the other races, who were still young. "Come, from the planets you were born on, here into space and join us." Three races answered. The Golden Tribe called them the Silver Tribe (a race that would directly study under the precursors), the Bronze Tribe (a race of sentient insects) and the Heroic Tribe (a warlike race of Kaiju). The Heroic Tribe quickly annihilated themselves save for five individuals, who were subdued by the Golden Tribe, transformed into gemstones, and implanted into members of other Tribes.

In time, when the Golden Tribe chose to undertake a journey to another universe, there was a last race which answered their call. The fourth race was Humanity; they were named the Iron Tribe.

In the present day, The Silver Tribe has taken up the mantle of the Golden Tribe, but has dominated the Bronze Tribe and declared the Iron Tribe to be their enemies, driving them from the Earth. Battle-weary and on the run, Iron Tribe receives a new source of hope from their discovery of a Nodos -- a young human boy named Age, who was raised by the Golden Tribe before they vanished and contains the fifth surviving Heroic Tribe member, Bellcross. This does not sit well with the Silver Tribe, who redouble their efforts to destroy the upstart Iron Tribe. They too possess not only their own Nodos, but the other three as well, all bound to serve the Silver Tribe.

The story proceeds along parallel lines from this point, following Humanity's search for a new home and for peace, Age's crusade to protect his human friends and the struggles of the Silver Tribe Nodos as they attempt to understand Age's resistance and their own place in the Golden Tribe's grand designs.

Not to be confused with Marvel Comics' current storyline.

Tropes used in Heroic Age include:
Retrieved from "https://allthetropes.org/w/index.php?title=Heroic_Age&oldid=1509488"
Categories:
Cookies help us deliver our services. By using our services, you agree to our use of cookies.