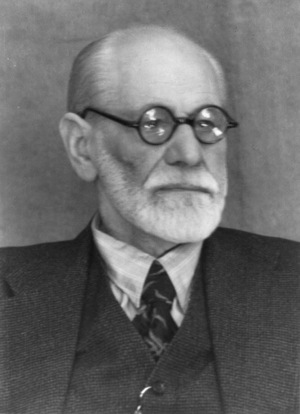 In TV Land, a doctor or scientist is roughly 75% likely to be German or Austrian, complete with thick accent. Increase to 98% for Mad Scientists. We can probably thank Sigmund Freud, Albert Einstein and Wernher von Braun. To elaborate, many top notch scientists from Germany, Austria, and Poland, either fearing persecution for being Jewish, or not wanting to aid a Complete Monster of a ruler, or in a few rare cases deciding that war simply got in the way of proper research, fled Europe either just before or immediately after World War II, or got captured and/or taken by the Allies. Many came to America and helped work on The Manhattan Project. Most of their theories and inventions designed to aid the war effort, for good or bad, significantly changed how people lived when applied to peacetime practices, cementing the idea of a foreign genius that can either become the boon of society, or its damnation.

It's worth noting that Central Europe was a scientific and economic powerhouse in the early 20th century, dominating the physics field. More than a few Germans were "rehabilitated" by the Russian and American space program, to the point of each side complaining "they have more Germans than we do!" For a slightly safer stereotype, consider using a Swede or Norwegian instead, with the same unintelligible theories and outrrageous akksent!

See also All Psychology Is Freudian, which has caused every psychologist to be portrayed as Austrian, and Stupid Jetpack Hitler for when this crosses over with Those Wacky Nazis. If the Nazi scientist has Supernatural Aid, see Ghostapo.

Examples of Herr Doktor include:

Retrieved from "https://allthetropes.org/w/index.php?title=Herr_Doktor&oldid=1702986"
Categories:
Cookies help us deliver our services. By using our services, you agree to our use of cookies.