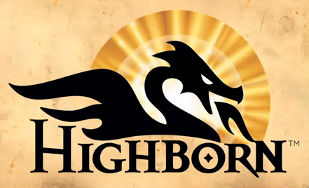 Highborn is a Turn-Based Strategy game for the iPod/iPad/iPhone. In this game, you control the army of the Highborn as they protect the land from the forces of the Decay. Along the way, there's plenty of amusing dialogue, with lots of Incredibly Lame Puns and lampshading.

And yes, the creators totally know we exist.[1]

Tropes used in Highborn include: