Everything About Fiction You Never Wanted to Know.
Jump to navigation Jump to search
/wiki/Hitomi Nabatamecreator 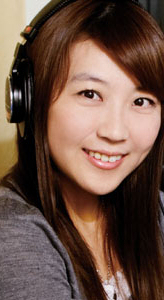 Hitomi Nabatame is one of the newer generation seiyuus with an impressive range of voice. At one point, she does bratty girls, then she does an Emotionless Elegant Gothic Lolita, then at one point, she voices as a sexy, mature lady, and then goes again as an abrasive woman. She finds herself pigeonholed into Bottle Fairy characters and anything with Les Yay (Though her Eroge roles put her in a cute childish personality but don't tell anyone that). Yes, apparently it is also well known that she is a Real Life version of Les Yay. She goes as far as calling her School Rumble co-workers her 'wives' (Yui Horie as Wife #1, Mamiko Noto as Wife #2, Kaori Shimizu as Wife #3, Ami Koshimizu as Wife #4). Her 'current wife' would be Shizuka Ito, the seiyuu she works together with a lot. In spite of that, her early Seiyuu history had a short relationship acting stint with Kenichi Suzumura.

Nabatame has an interesting entry in the world of anime, as she was considered extremely genius in her area of expertise that after graduating from her school she immediately got scouted for a main character position in Maburaho.

Hitomi Nabatame has performed in the following roles:
Retrieved from "https://allthetropes.org/w/index.php?title=Hitomi_Nabatame&oldid=1777194"
Categories:
Cookies help us deliver our services. By using our services, you agree to our use of cookies.