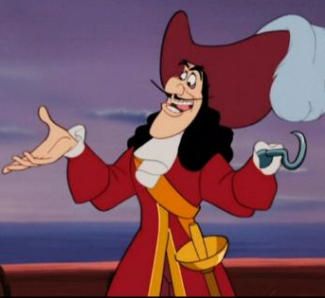 Just be careful in the bathroom.


Watch out for The Hook!
—Freaky Stories

A character replaces their hand with a hook or similar object. Bonus points if a Crocodile is somehow involved.

This is an example of Fashionable Asymmetry, and Sub-Trope of Artificial Limbs, and is one of the stereotypical attributes of Pirates. More generally, it serves as a Red Right Hand, though such uses may have reached a Dead Horse Trope level.

Examples of Hook Hand include: