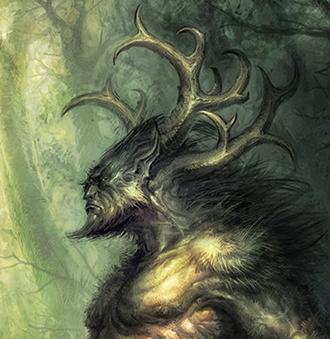 Molting season is not kind to his self esteem.

Whether huge and hideous or helical and handsome, having horns can hamper the head of hatless heroes and their hated foes. Habitants of Hell have traded Holy Halos for hot horns. Horns also adorn hairy hombres and hembras hermosas like crowns, highlighting the Half Human Hybrids' heterogenous heritage that fuses human with hoofed animals.

Examples of Horned Humanoid include:

Retrieved from "https://allthetropes.org/w/index.php?title=Horned_Humanoid&oldid=1923483"
Categories:
Cookies help us deliver our services. By using our services, you agree to our use of cookies.