Everything About Fiction You Never Wanted to Know.
Jump to navigation Jump to search
/wiki/Hugh Jackmancreator 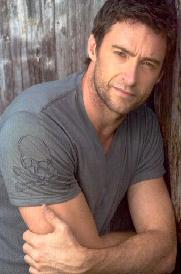 An Australian actor, producer, and general all-round heartthrob, Hugh Jackman first gained worldwide attention as Curley in the West End's revival of Oklahoma!, but he did not become a household name until he was cast as Wolverine in the X-Men film franchise from 2000 to 2017. He subsequently won a Tony Award for his performance in the Broadway production of The Boy From Oz as Australian singer-songwriter Peter Allen. He has also starred in romances and romantic comedies, including Kate & Leopold (opposite Meg Ryan) and Australia (opposite fellow Aussie and close friend Nicole Kidman). He played Jean Valjean in the 2012 film version of the musical Les Miserables.

He is married to Deborra-Lee Furness, who was his co-star on the short-lived Australian drama series Correlli - his first screen appearance. They have two children, both adopted.

It should also be noted that he has a reputation for being one of THE nicest celebrities in all of Hollywood. Ask anyone... except Dr. Cox.

Retrieved from "https://allthetropes.org/w/index.php?title=Hugh_Jackman&oldid=1892473"
Categories:
Cookies help us deliver our services. By using our services, you agree to our use of cookies.