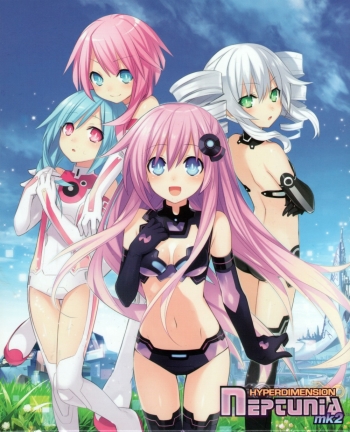 Is your handheld as moe as this?

A Surprisingly Improved Sequel to Hyperdimension Neptunia, and the second game of the Neptunia series.

Taking place in an Alternate Universe from the first game, the three goddesses and Nepgear are captured while trying to take down ASIC. Three years later, Nepgear is freed. She must now save her sisters and hopefully succeed at taking ASIC down this time.

Tropes used in Hyperdimension Neptunia mk2 include:
Retrieved from "https://allthetropes.org/w/index.php?title=Hyperdimension_Neptunia_mk2&oldid=1611989"
Categories:
Cookies help us deliver our services. By using our services, you agree to our use of cookies.