Everything About Fiction You Never Wanted to Know.
< ICarly
Jump to navigation Jump to search 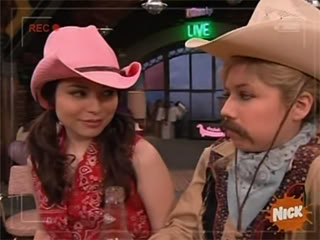 Sam: [about Carly] Who wouldn't want to go out with this?

Sam: Heh, I told you she was hot.
Carly: Well, yeah, but you didn't say she was that hot!

Sam: Wait, whose butt is this?
Carly: Sam!

Sam: They're not even cute.
Spencer: Bummer.

Spencer: Gibby has the hands of a goddess!
Gibby: I am here for you, buddy.

Freddie: Prisoners in my pants. Alright.