I Believe I Can Fly 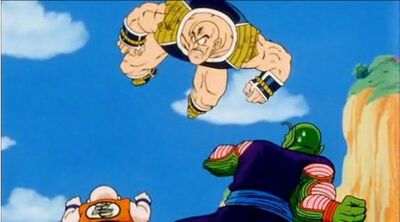 This trope describes when there are multiple characters with a wide variety of different abilities, but the ability to fly is surprisingly common. Even if the ability to fly comes from different sources for different people (e.g. gravity-manipulation versus "I'm from Krypton"), they all seem to be able to fly in more or less the same manner.

It also works on the meta level, rather than simply within a single continuity; besides the number of Flying Bricks, there's also a rather large number of characters in general who can fly as such, one way or another. An example of this is characters who don't have flight as an expressed power, yet use their abilities in some way to allow Not Quite Flight, such as psychics using psychokinesis on themselves, elementals using elemental guff to fly, shapeshifters becoming birds, and a Gadgeteer Genius creating a jet pack. And some have this as their only power (Angel, Hawkman) and, as the page quote implies, this makes it hard to stand out as special.

Up, Up, and Away is the standard hero flying pose.

A type of Stock Superpower. Has almost nothing to do with the R. Kelly song.

Examples of I Believe I Can Fly include: