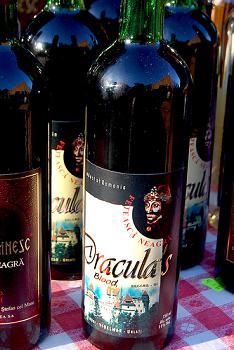 A seeming-human character who is extraterrestrial, supernatural or otherworldly (or just has very strange eating habits) may not eat the same things as ordinary humans. Aside from their Alien Lunch, they may be unable to eat or be repulsed by human foods. In other cases, they can and will eat human food, but the fact that they don't need to (or may need to chow down on something else as well) proves to be important.

May act as a Red Right Hand that reveals that the character isn't what they seem.

Named from the classic (and often imitated) line in the first Bela Lugosi version of Dracula: "I never drink... wine."

The opposite of No Biochemical Barriers.

Examples of I Do Not Drink... Wine include:

Sally: Oh, ha ha. I'm perfectly fine with, sarcastic pause, "vine", thank you. What I shouldn't have drunk is sticky drinks with funny names made up by someone with no sense of humour.

John Sheppard: "Fruit bowl. Nice touch."
Todd the Wraith: "I thought it would make our discussions a bit more... comfortable. I hope they prove as delicious as the farmers who grew them."