I Don't Want to Ruin Our Friendship 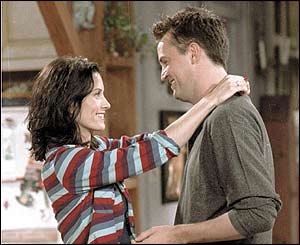 They must be, it's the title of the series after all.

A Stock Phrase, used when two people are Just Friends, and a Relationship Upgrade seems to be in the cards but isn't quite happening yet. There are at least two different forms this can take:

Note that in the first variant the friendship is usually already ruined—or at least radically altered—just by bringing this up.

Examples of I Don't Want to Ruin Our Friendship include:

Retrieved from "https://allthetropes.org/w/index.php?title=I_Don%27t_Want_to_Ruin_Our_Friendship&oldid=1707906"
Categories:
Cookies help us deliver our services. By using our services, you agree to our use of cookies.