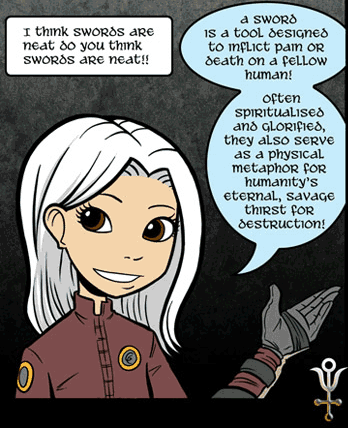 This page used to be what Category:Sword Tropes was called. Most of the wikilinks here seem to think it's a trope, but if that's not true please fix the link.

This trope is about characters who are really into swords, or at least the backlinks seem to think so. Might be related to I Call It "Vera", but doesn't seem to be about naming, just being a weapon fanatic (which is not Knife Nut at all).