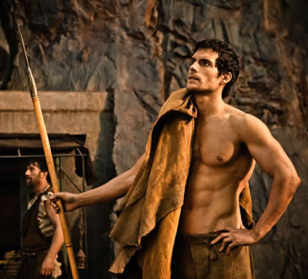 Immortals is the... retold -- and let's just leave it at that -- story of the legendary hero Theseus, as he seeks revenge on evil King Hyperion of Crete for, you guessed it, killing his mother. Hyperion plans to unleash the race of the Titans from their prison in order to take his revenge on the gods and wipe out humanity, but for that he needs the Epirus Bow and is willing to do just about anything to get it.

Tropes used in Immortals include:
Retrieved from "https://allthetropes.org/w/index.php?title=Immortals&oldid=1691513"
Categories: