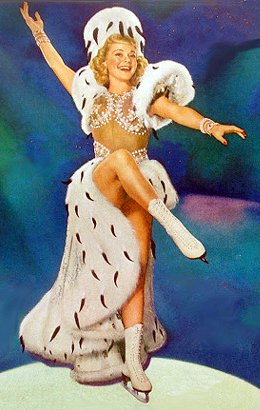 Sure it's pretty, but how's she gonna skate in that thing?

Basically, this trope is about outfits that are perfectly wearable, but they're just for show, not for practical use.

Reasons they are impractical are many. The most common one is the outfit is just too expensive to risk damage from normal use. The outfit could also be heavy and/or hot. Or the fabric and/or trimmings would make it too delicate. Either way, the outfit is best used only when the wearer wants to, well, look his/her best.

The line where an outfit becomes impractical can depend on the outfit's purpose. If it's a dress for a black-tie dinner, it could have quite a few trimmings and still work. If it's for construction, the only accessories should be tool belts and safety gear. But let's say the company is shooting an ad, and the agency thinks the normal construction outfit isn't cool enough. So they throw on a few pieces of gear that look as though they fit, at least to those not familiar with construction work. That would be an Impractically Fancy Outfit.

There are some jobs where such outfits actually are practical, in the sense that part of the job is showing off the outfit. This includes showgirls and certain modeling jobs. If you see an outfit on a runway that looks as if it's just the designer showing off, it probably is.

Often overlaps with Gorgeous Period Dress. Is often a feature of the patrons of the Coolest Club Ever. Is practically the uniform for a classical princess.

Compare Stylish Protection Gear (which is always fancy, but not always impractical) Ermine Cape Effect (the belief that royalty and nobility walk around in these clothes all the time).

Examples of Impractically Fancy Outfit include:

Retrieved from "https://allthetropes.org/w/index.php?title=Impractically_Fancy_Outfit&oldid=1872008"
Categories:
Cookies help us deliver our services. By using our services, you agree to our use of cookies.