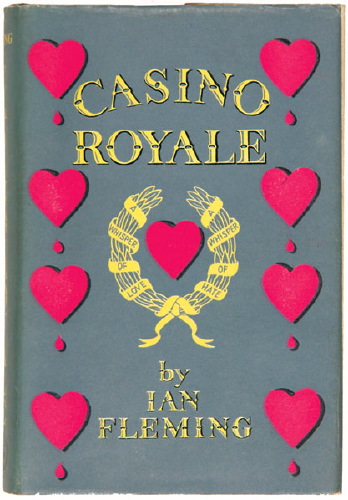 It all started here.

Before 007 toted his Walther PPK on the silver screen, he featured in a series of novels by Ian Fleming. The character first appeared in the novel Casino Royale (1953). Since Fleming died, other authors have continued the series. These authors include Kingsley Amis (under the pseudonym Robert Markham), John Gardner, Raymond Benson, Sebastian Faulks and Jeffrey Deaver. There is also a series about a Young James Bond written by Charlie Higson and one about Moneypenny by Samantha Weinberg under the name Katie Westbrook (called "The Moneypenny Diaries").

The Bond of the books is much different character in the films, which often parodied or even disregarded their sources. Given that Fleming was born in 1908, and wrote the novels in the 1950s and 1960s, his books do not always display the most politically correct attitudes with regard to sex, race, and imperialism.

Following the death of Fleming in 1964, several authors began work on continuations. Most of them one-shot ones.

Part of the Young Bond series, featuring the 1930s adventures of a teenaged James Bond. For more details, see the relevant entry.

The Bond publishers commissioned further (adult) Bond novels, but so-far they have been one-shot efforts.

Tropes used in James Bond (novel) include:
Retrieved from "https://allthetropes.org/w/index.php?title=James_Bond_(novel)&oldid=1762567"
Categories:
Cookies help us deliver our services. By using our services, you agree to our use of cookies.