Everything About Fiction You Never Wanted to Know.
Jump to navigation Jump to search
/wiki/James Caancreator 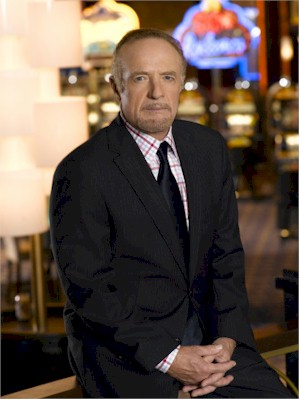 James Caan is an American actor. He is best-known for his roles of Santino 'Sonny' Corleone in 1972's The Godfather, Paul Sheldon in Stephen King's Misery, 'Big' Ed Deline in Las Vegas and for his role as Will Ferrell's father in Elf. Caan is the father of Scott Caan. He is also well-known for his role as NFL player Brian Piccolo in the 1971 TV movie Brian's Song, co-starring Billy Dee Williams. It's been noted that this film is one of only two sports movies (the other being Field of Dreams) that is capable of making grown men cry.

Actually lived in the Playboy Mansion for a brief period in the 1970s.

The comic strip Tom the Dancing Bug has a recurring character called the Ghost of James Caan, which is a giant silent floating James Caan head that haunts unexpected places. Instead of instilling fear he confuses the people he encounters who are all pretty sure that James Caan is not, in fact, dead. The living Caan himself will usually make an appearance to assure the world that he's fine and as confused as everyone else.

James Caan has performed in the following roles:
Retrieved from "https://allthetropes.org/w/index.php?title=James_Caan&oldid=1704004"
Categories: