Everything About Fiction You Never Wanted to Know.
(Redirected from Jason Anthony Griffith)
Jump to navigation Jump to search
/wiki/Jason Griffithcreator 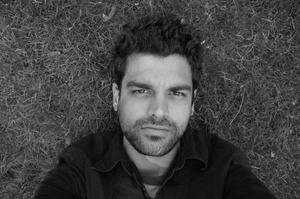 A prominent voice actor in several cartoons recorded or dubbed in New York, particularly those produced by 4Kids! Entertainment.

A Promoted Fanboy by accident (as he recalls at the 2010 Sonicon; he was young, and he needed the money), Griffith first rose to prominence as the VA for Sonic the Hedgehog in 4Kids' dub of on Sonic X. Naturally, the show was the subject of much hate discussions thanks to an already Broken Base and the overall nature of 4Kids. The subsequent casting of Griffith as Shadow The Hedgehog did not help.

And then Sega fired the original voice cast and replaced them with the 4Kids actors.
One can only guess how the fans reacted.

To sum it all up, Griffith is the living embodiment of Love It or Hate It. Some people don't mind the changes, stating that Griffith has actually gotten better thanks to Vocal Evolution. Others, however, still detest him for taking the place of their precious Ryan Drummond, who played Sonic before Griffith. The fact that Drummond was not told by Sega about the change didn't help.

And now Griffith himself has been replaced, this time by Roger Craig Smith, shattering the base even further.