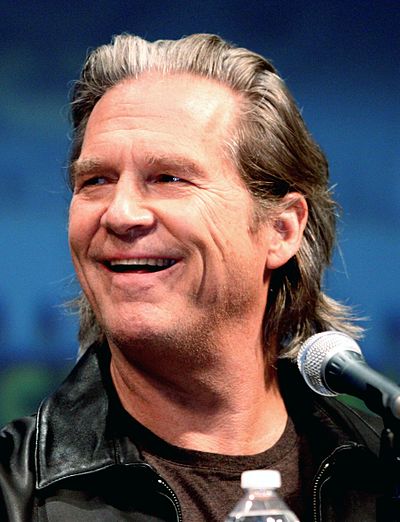 Jeff Bridges at the 2010 Comic Con in San Diego. "Must attribute to Gage Skidmore if used elsewhere, other than on Wikimedia and its projects"

Jeffrey Leon Bridges (born 1949) is an American actor. His father Lloyd Bridges and brother Beau have also been actors. Consequently, he has been acting for over forty years, and has won or been nominated for several awards. He finally won an Oscar for his role in Crazy Heart.

He married his wife Susan in 1977 and they have three daughters. Jeff Bridges lives in California, and meditates every day.

Jeff Bridges has performed in the following roles:
Jeff Bridges provides examples of the following tropes:
Retrieved from "https://allthetropes.org/w/index.php?title=Jeff_Bridges&oldid=1950591"
Categories:
Cookies help us deliver our services. By using our services, you agree to our use of cookies.