Everything About Fiction You Never Wanted to Know.
Jump to navigation Jump to search
/wiki/Jeff Goldblumcreator 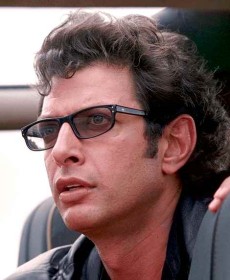 An American Actor known for his portrayal of quirky/nerdy characters, as well as his...uh unique form of...uh di-dialogue delivery, which has became one of the most memorable parts of his career, averting the trope that Realistic Diction Is Unrealistic. He also was the subject of an early internet meme the late 1990s, in which a screenshot from The Fly (1986) was given the caption "Jeff Goldblum is watching you poop!". Uh, yeah.

And he actually is alive, despite what Google tells you. too, uhm. Same goes for Stephen Colbert and, uh, Goldblum himself, and yeah. Chaos theory.

He appeared in:
Jeff Goldblum provides examples of the following tropes:
Retrieved from "https://allthetropes.org/w/index.php?title=Jeff_Goldblum&oldid=1653098"
Categories: