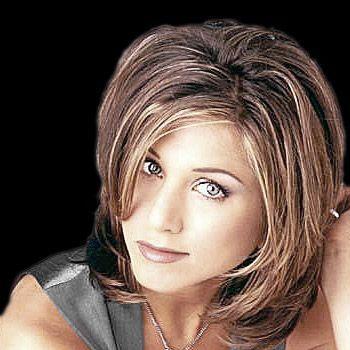 Her famous Nineties haircut from Friends that launched a million imitators...

Jennifer Aniston (February 11, 1969 - ) is a Greek-American actress famous for playing Rachel Green in Friends. She has been romantically linked with several actors - most famously Brad Pitt who she married in 2000 and divorced in 2005. Currently (as of September 2017) single, she has starred in several romantic comedies since the end of Friends in 2004.