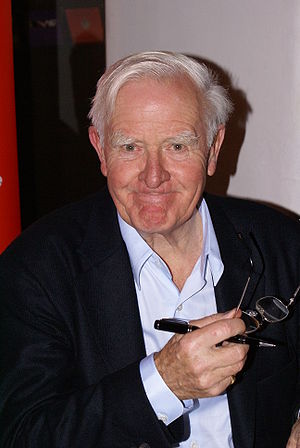 Real name David John Moore Cornwell, John le Carré was a real-life member of MI 5 and the Secret Intelligence Service until he was blown by Kim Philby to the KGB. While he was in the service, he started writing novels and carried on once he'd left.

His novels are definitely of the Stale Beer flavour of Spy Fiction, being very dark in places. Eight feature his most famous creation, George Smiley.

Has added several espionage Stock Phrases (and popularised existing ones), both among the public and, apparently, real spies.

Works written by John le Carré include:
John le Carré provides examples of the following tropes:
Retrieved from "https://allthetropes.org/w/index.php?title=John_le_Carré&oldid=1684282"
Categories:
Cookies help us deliver our services. By using our services, you agree to our use of cookies.