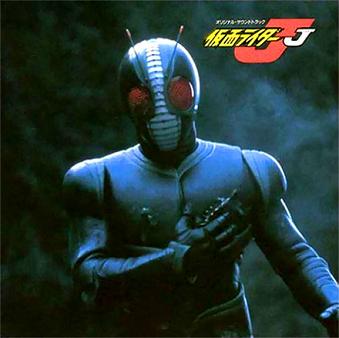 Kamen Rider J was a 1994 movie installment in the long-running Kamen Rider series.

Segawa Kouji is a reporter whose sister is carried off by the monstrous children of the alien Fog Mother to feed to her newly-hatched offspring. Kouji is given the mystical "J Power" to become Kamen Rider J and defeat Fog Mother before she can destroy mankind.

Footage from the movie was used in several episodes of Saban's Masked Rider, with J appearing only in faraway shots.