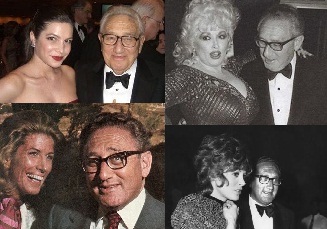 "Nobody in DC scored more primo tail than ol' Hank Kissinger, and the man looked like a troll doll you'd hang from the rear view mirror."

The polar opposite of the Casanova Wannabe, this character has a long list of conquests and can bend any woman to his will—even though there's absolutely nothing attractive about him. In fact he's a total sleaze and/or looks like a baboon and/or treats women like garbage. Sensible, self-respecting women may scoff, but if so he'll pull a clever come-on line on them or practice his patented stare on them and they'll be suckered in just enough to be proven wrong.

Due to Most Writers Are Male, Kavorka Woman is extremely rare.

The line between Kavorka Man and The Casanova, usually gaping, can sometimes be very fine. A Kavorka Man minus the conquests is a Casanova Wannabe. See also Memetic Sex God (which real-life Kavorka Men have a tendency to become); compare Ugly Guy, Hot Wife. All Girls Want Bad Boys is when the ladies are attracted to a man with a seemingly repellent personality rather than repellent looks. Often arises due to power's allure.

Has nothing to do with I Cannot Self-Terminate.

Examples of Kavorka Man include:

Retrieved from "https://allthetropes.org/w/index.php?title=Kavorka_Man&oldid=1651225"
Categories:
Cookies help us deliver our services. By using our services, you agree to our use of cookies.