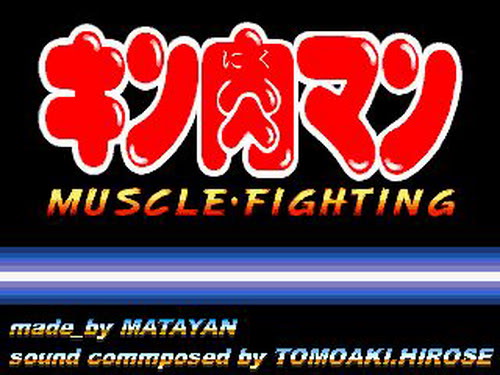 Kinnikuman: Muscle Fight is an unofficial 2-D Fighting Game for the Kinnikuman Manga series. It uses the 2D Fighter Maker engine for Windows 95, which means it won't work in newer Windows OS computers[1]. Although, there are emulators that enable play if you look hard enough. Muscle Fight features many of the characters from the manga and anime adaptation and it has all of their moves even if they only used it once in-series. In a sense, this game is like the All-Star Battle fighting game for the Kinnikuman series.

The game can be found here. It's in Japanese, though.

Tropes used in Kinnikuman: Muscle Fight include:
Retrieved from "https://allthetropes.org/w/index.php?title=Kinnikuman:_Muscle_Fight&oldid=1949488"
Categories:
Cookies help us deliver our services. By using our services, you agree to our use of cookies.