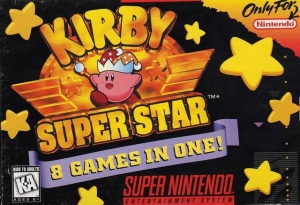 Kirby Super Star is a 1996 SNES game, and part of the Kirby franchise. Unlike the other Kirby games, where everyone's favorite pink puffball has one long adventure, Super Star contained a number of shorter games -- its tag line on the box was "8 games in one!" Those games -- 6 main, 2 sub -- are: 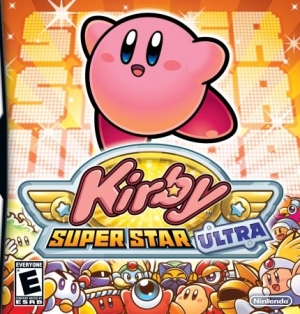 While Kirby's Adventure on the NES codified the Kirby formula, Super Star is considered to be the game that perfected it, and is arguably the franchise's -- and creator Masahiro Sakurai's -- Magnum Opus. It was remade in 2008 as Kirby Super Star Ultra, which added a handful of extra games to the mix, bringing the total to 16 games in one:

Tropes used in Kirby Super Star include:
Retrieved from "https://allthetropes.org/w/index.php?title=Kirby_Super_Star&oldid=1752233"
Categories:
Cookies help us deliver our services. By using our services, you agree to our use of cookies.