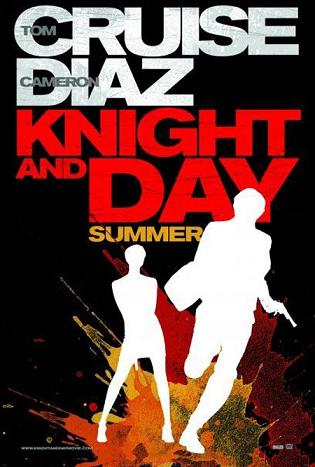 2010 Summer Blockbuster Action Adventure movie starring Tom Cruise as secret agent Roy Miller, who might be trying to clear his name or who might be trying to cover up a horrific multiple-murder and theft of a potent free energy MacGuffin, and Cameron Diaz as June Havens, a Wrench Wench Action Girl sidekick embroiled in spy games that go way over her head.

Tropes used in Knight and Day include:

"Sorry, reflex. Hit me again; I won't dodge this time."

Roy No one follows us, or I kill myself and then her!

Roy: "That hurt more than I thought it would."