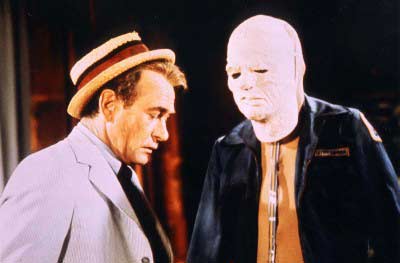 The character of Carl Kolchak was the protagonist in an unpublished novel by Jeffrey Grant Rice, The Kolchak Papers, a thriller in which Las Vegas newspaper reporter Carl Kolchak tracks down a serial killer, only to discover that the serial killer is really a vampire. ABC optioned the unpublished novel for production into a Made for TV Movie, and the resulting adaptation (The Night Stalker) scripted by Richard Matheson (The Incredible Shrinking Man, I Am Legend) became a surprise hit, earning the highest ratings of any TV movie up until its January, 1972 airing (reportedly a 33.2 rating/54 share.) It was so well-received that some of the producers later said that they wish they had taken the movie and gone with a theatrical release instead. The production also earned the 1973 Edgar Award for Best TV Feature/Miniseries Teleplay.

Impressed by this success, ABC arranged for Matheson to write the screenplay for a followup TV movie, The Night Strangler, which aired about a year later, about a century-plus old serial killer who strangled his victims and then used their blood to prolong his life through alchemy. The Night Strangler carried over the star and several of the supporting cast from the earlier TV movie, while transferring the venue from Las Vegas to Seattle (the better to use the scenic beauty of the Seattle Underground as locations). This sequel did well enough in the ratings that Pocket Books proceeded to publish The Kolchak Papers as a "Night Stalker" tie-in, changing the title of the novel to The Night Stalker and featuring a picture of star Darren McGavin on the cover. Reasoning that nothing succeeds like success, Pocket Books then commissioned Rice to write a novelization of Richard Matheson's script of the second movie, which Pocket Books published as The Night Strangler. 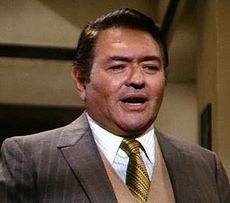 Behind every successful Intrepid Reporter is Da Editor. Kolchak's is Tony Vincenzo

The success of The Night Stalker and The Night Strangler caused ABC to reconsider plans for a third movie installment (early plans included the possibility of marketing the three movies in syndication as "The Trilogy of Terror") and the network decided to produce a weekly "Kolchak" series instead. Darren McGavin and co-star Simon Oakand (playing Da Editor, Tony Vincenzo) signed on to reprise their roles from the two movies, while the venue changed again to Chicago, where Kolchak and Vincenzo were employees of a wire service, the Independent News Service (INS). The series also featured a set of memorable office denizens (INS became something of the office version of a Quirky Household), and several other recurring characters (including a wacky morgue attendant and the statutorily required contact in the Chicago Police Department, a police captain ultimately driven into group therapy in order to deal with anger issues arising from his frustrations in dealing with Kolchak).

The series failed to garner the success of the original made for TV movies, and Darren McGavin, who was not only the star but also acted as executive producer (credited as such for at least 4 episodes), began to become disappointed in the series, which had started to degenerate into a Monster of the Week show. McGavin therefore began to negotiate with ABC to be released from his contract. ABC, having noticed the series's dwindling ratings, decided to cancel it with two of the planned 22 episodes unproduced, and granted McGavin's request. While ratings for the series were disappointing (especially in the light of the success of the predecessor movies), the series's quirky blend of horror and black comedy struck enough of a chord with enough fans that it became something of a cult hit, retaining enough drawing power to warrant the production of two compilation movies, to earn substantial airtime in syndication, to inspire the publication of a series of novels featuring the characters, and eventually to earn a complete series DVD release and a less-than-successful remake series (Night Stalker (2005)).

It may not have hurt the series' reputation that subsequent credits for the show's writers included The Sopranos, Hill Street Blues and... Back to The Future ("Chopper" has story credit for Robert Zemeckis and Bob Gale)!

A Kolchak movie was recently announced in which Johnny Depp may star as Carl Kolchak.

Tropes used in Kolchak the Night Stalker include:

Retrieved from "https://allthetropes.org/w/index.php?title=Kolchak_the_Night_Stalker&oldid=1826258"
Categories:
Cookies help us deliver our services. By using our services, you agree to our use of cookies.