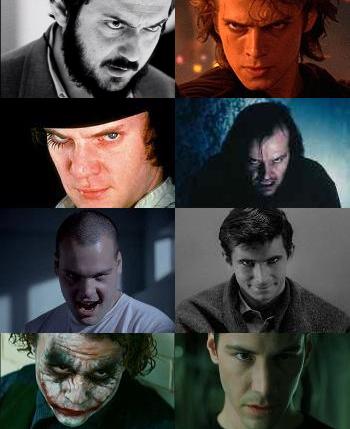 A nifty trick for when you want to look like you're either evil, sociopathic, have a plan up your sleeves, or just mad:

Named for Stanley Kubrick, who made at least eight movies where a major character has this facial expression. When some other show or film uses it, it's frequently a homage to Kubrick. Generally it symbolises that the character in question is really, really pissed, and the person they're looking at is really, really screwed.

Examples of Kubrick Stare include: