Everything About Fiction You Never Wanted to Know.
Jump to navigation Jump to search
/wiki/Lemon Demoncreator 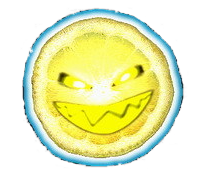 Lemon Demon is a one-man band by internet personality Neil Cicierega, active from 2003 onwards. To date, eight albums are released[1], the first four of which now available for free, and there are some other singles and extended plays attributed to his music.

Most of his songs could be considered Mind Screw, though given he created Animutation, this shouldn't be surprising.

As a fan of Mystery Science Theater 3000, he had three songs inspired by it: "Idiot Control Now", "Smell Like A Cookie All Day", and "Nightmare Fuel".

He is known largely for his song The Ultimate Showdown of Ultimate Destiny featuring many pop culture figures in a fight.

Discography:
Lemon Demon provides examples of the following tropes:
Retrieved from "https://allthetropes.org/w/index.php?title=Lemon_Demon&oldid=1883799"
Categories:
Cookies help us deliver our services. By using our services, you agree to our use of cookies.