Everything About Fiction You Never Wanted to Know.
< Leverage
Jump to navigation Jump to search

The Team: Leverage Consulting and Associates 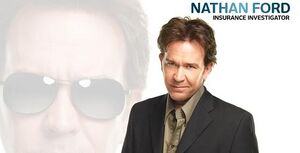 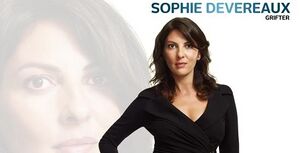 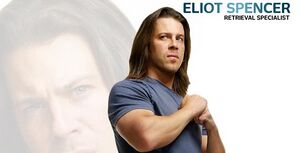 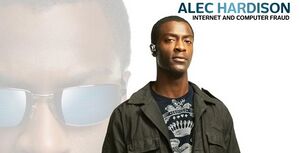 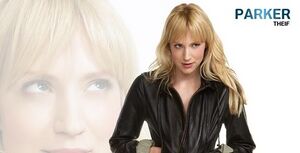 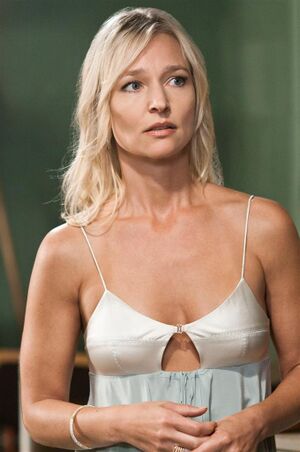 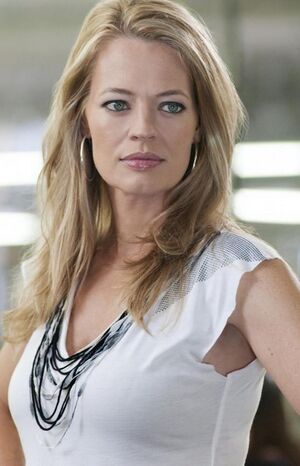 Grifter who must have owed Sophie a pretty big favor. Played by Jeri Ryan. While little is known about her, a few details are clear. She worked for the army, and was trained by either the FBI, or the Marines. Since Sophie returned, she and her have been meeting off-screen, but did not work together due to their clashing styles. 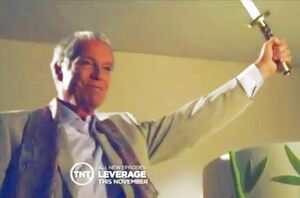 Retired thief who was Parker's teacher in the arts of theft. He was formerly known as the "World's Greatest Thief" Played by Richard Chamberlain. 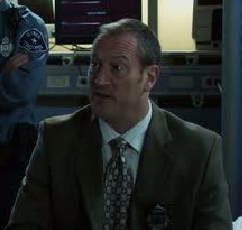 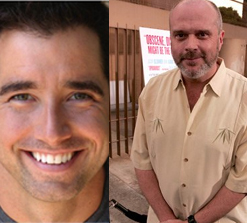 Two FBI agents Leverage Consulting & Associates tends to come across from time to time. They're not aware of the Leverage group, however, as they believe that Parker and Hardison are FBI superiors. Played, respectively, by Rick Overton and Gerald Downey.

Tropes associated with Taggert and McSweeten:

An investment banker with a large number of addictions, he steals from a charity in a flawed attempt at helping them, making himself the target of one of Leverage's cons. He proves to be an alright guy underneath everything, and returns in a later episode. Played by Drew Powell in "The 12-Step Job" and "The Boys' Night Out Job."

A friend of Parker's whom she met while on jury duty, Peggy is the only person outside of the team whom Parker regularly talks to. Appears in "The Juror #6 Job" and "The Girls' Night Out Job." 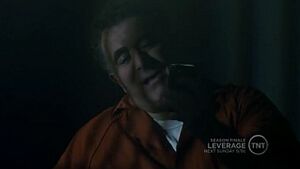 The first antagonist of the series, Victor Dubenich of Bering Aerospace brings the Leverage team together to steal files from a rival of his, while claiming that they were originally his. His attempt at murdering the team to cover up his own tracks makes him the victim of their first con; he returns in the Season 4 finale to get his revenge. Played by Saul Rubinek. 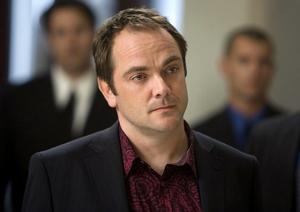 Formerly an insurance investigator at IYS, now member of Interpol (which, in the Leverage universe, is akin to UNCLE or S.H.I.E.L.D.). Played by Mark Sheppard.

Did I mention that Sterling. Never. Loses? 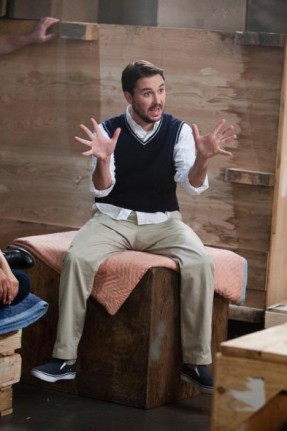 A hacker with skills that rival Hardison's. Initially hired by Marcus Starke, he betrays Starke and sets off on his own. Played by Wil Wheaton in "The Two Live Crew Job" and "The Ho-Ho-Ho Job." 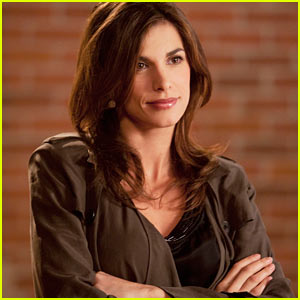 Name unknown, origin unknown. What is known is that she has a lot of behind-the-scenes power (she can keep Nate out of jail and in Boston after he has escaped a Massachusetts state prison), and has blackmailed the team into taking down the world's most powerful criminal banker. Played by Elisabetta Canalis.

Tropes associated with The Italian: 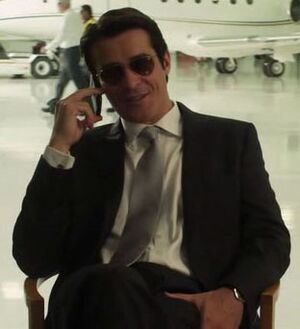 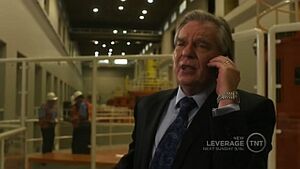 A professional investor who's been keeping tabs on Leverage Consulting since their run-in with Dubenich, Latimer repeatedly tries to get the team to work for him. A recurring menace, he is played by Leon Rippy throughout Season 4.

The Butcher of Kiev

A hulking giant from the Russian Mafia, with a grudge against Eliot, a penchant for using cooking ware as weaponry, and a very ugly reputation in the underworld. Appears in "The Wedding Job."

A nondescript mercenary employed by Sterling in "The First David Job", Quinn ambushes Eliot and gives him an absolutely brutal beating, before being taken down himself. Portrayed by Clayne Crawford.

Nate's former boss at IYS, and the man who let his son die. Serves as the final mark of Season 1. Played by Kevin Tighe.

A superb grifter and forger who operates out of Europe. He shows up in "The Two Live Crew Job," where his and Nate's cons cross paths. He plays both The Mastermind and The Grifter on his team. Portrayed by Griffin Dunne.

A former Mossad agent who serves as The Hitter in Marcus Starke's crew. Has a Foe Yay-filled confrontation with Eliot. Portrayed by Noa Tishby in "The Two Live Crew Job."

The Mayor of Belbridge, Massecheussets and apparent Final Boss of Season 2. Played by Richard Kind in "The Three Strikes Job" and "The Maltese Falcon Job."

Mayor Culpepper's partner-in-crime and the real brains of the operation, Kadjic makes his living running guns from Third World countries to American gangs. Portrayed by Paul Blackthorne in "The Three Strikes Job" and "The Maltese Falcon Job."

A psychotic doctor in the employ of Wakefield Agricultural who conspires to unleash a blight on the world's wheat so that the company can benefit. Portrayed by Lisa Brenner.

Nate's father, and a former South Boston bookie, loan shark, and fixer, Jimmy has a strained relationship with his son. He appears as the villain of the "Three Card Monte Job," and is played by Tom Skerritt.

A nasty piece of work who seems to have some history with Eliot, he appears in "The Carnival Job", where he provides the muscle for the Russian Villain of the Week. Played by Urijah Faber.

Retrieved from "https://allthetropes.org/w/index.php?title=Leverage/Characters&oldid=1809747"
Categories:
Cookies help us deliver our services. By using our services, you agree to our use of cookies.