Everything About Fiction You Never Wanted to Know.
Jump to navigation Jump to search
/wiki/Lindsey Stirlingcreator 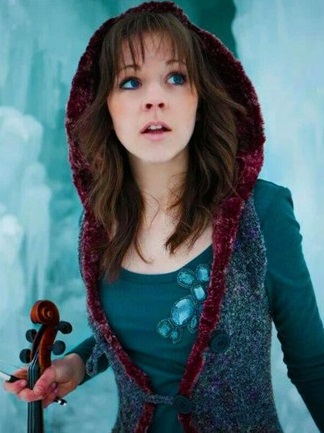 Lindsey Stirling (born September 21, 1986) is an American violinist, dancer, Performance Artist and composer. She presents choreographed violin performances, both live and in music videos found on her eponymous YouTube channel.

In addition to her unique performance style that blends classically-trained violin with pop sensibilities and exuberant dance moves, Stirling is known for her explorations into Electronic Music, Hip-hop and Dubstep, her collaborations with numerous other artists, and her often spectacular videos. Aside from original work, her discography contains covers of songs by other musicians and various soundtracks. Her music video "Crystallize" finished as the eighth-most watched YouTube video of 2012 and was certified platinum, and her cover version of "Radioactive" with Pentatonix won Response of the Year in the first YouTube Music Awards in 2013. Stirling achieved one million singles sold worldwide by August 2014. As of March 2017, her YouTube channel had exceeded 9 million subscribers and over 1.7 billion total views.

She grew up in Gilbert, Arizona, and began taking violin lessons at age five. She has recounted how she wanted to learn both violin and dance but her parents' modest means permitted only one:

"...my parents said, 'You [can] choose violin or you [can] choose dance, but we can't afford both', and I chose violin. So this is kind of a fulfillment – it's funny to say, but this is something I've always wanted to do."

Consequently all her dance skills were self-taught and built around the needs of playing the violin at the same time, resulting in her distinctive steps and unique style. Since her success on the global stage, she has begun working with professional dancers and choreographers to expand and enhance her repertoire, but has been careful not to dilute her style.

She first came to public notice from her appearance on America's Got Talent in 2010. Despite reaching only the quarter-finals and receiving a critical drubbing at the hands of the judges (Piers Morgan said "[Y]ou're not good enough, I don't think, to get away with flying through the air and trying to play the violin at the same time" and Sharon Osbourne flatly stated "What you're doing is not enough to fill a theater in Vegas"), Stirling refused to change her style and shifted to promoting herself on the Internet. She teamed up with cinematographer Devin Graham, resulting in the string of videos which brought her to the attention of the world at large, staring with "Spontaneous Me" in 2011. By the end of 2012, her videos were racking up millions of views, her self-titled first album had been released, and she had begun a North American tour, which later was expanded into a world tour. By 2017 she'd embarked on three world tours as well as several smaller North American tours, released two more albums and an autobiography (The Only Pirate at the Party) and collaborated with numerous artists, including a song for the closing credits of Disney's live-action version of Pete's Dragon. In 2018, she collaborated with Amy Lee and Evanescence and embarked on a joint tour with them.

For more information, including a complete listing of her YouTube videos, see the "Lindsey Stirling discography" page at The Other Wiki.

"Pirates don't take orders or ask permission,... They do what they want. Allow me to clarify. If your mom asks you to do the dishes, do not pull out your pirate attitude. But if someone tells you you’re not good enough, says your dreams are too lofty, or claims there is no room in showbiz for a dancing violinist — well then, by all means, pull out your eye patch, my friend, and take to the high seas."