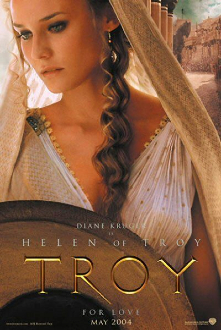 I'm not the only girl on Earth, you know.

They say Helen of Troy had a face that could launch a thousand ships, well, the Living MacGuffin has a similar ability to launch a thousand quests in search of them. The Living MacGuffin isn't an inanimate MacGuffin made flesh (that's MacGuffin Girl), or a kidnapped Damsel in Distress or President's Daughter; what the Living MacGuffin is is a character who is quite free, in little to no danger, desperately sought after and out of the hero's reach. She may be a heart wrenchingly beautiful princess whose hand can only be won with miraculous feats, a long lost (or left) parent, sibling, close friend or Love Interest, or some variation of The Chosen One who is needed for some greater purpose. (But remember, if that person serves another purpose later in the story, they're Chekhov's Gunman.)

In terms of traits, they are usually "desirable" or "questable" for any of a hundred reasons. Common ones include: great beauty, great goodness, kindness and loving or being loved by the hero, being royalty, knowing the answer to an urgent problem, etc. Alternately, they may carry the negative trait of having kicked the hero's dog at one point, and so they want to find them (or a way close to them) for Revenge.

Super-Trope to MacGuffin Girl, which is always a human.

Examples of Living MacGuffin include:

Retrieved from "https://allthetropes.org/w/index.php?title=Living_MacGuffin&oldid=1903371"
Categories:
Cookies help us deliver our services. By using our services, you agree to our use of cookies.