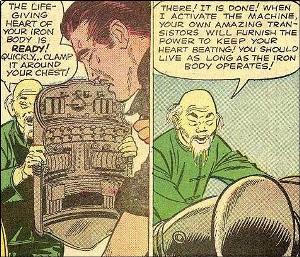 Characters who are technically "already dead" but, by one way or another, are able to put it off. Maybe they grafted machine parts onto themselves to support their new way of life. Maybe they just have to avert their death constantly because You Can't Fight Fate.

The long-term version of The Last Dance. If they're so heavily consumed by their Life Support that they're practically alive In Name Only, it's And I Must Scream. If they apply it after they die, they're The Undead (Revenant).

Examples of Living on Borrowed Time include:

Retrieved from "https://allthetropes.org/w/index.php?title=Living_on_Borrowed_Time&oldid=1871280"
Categories:
Cookies help us deliver our services. By using our services, you agree to our use of cookies.