Lord of the Flies is a 1954 novel written by William Golding. It is a Deconstruction of the Kids Wilderness Epic and Robinsonade. A plane full of British schoolboys crashes on a Deserted Island, and the darkness of humanity spills forth as they turn against each other.

It had three film adaptations, the most notable ones being from 1963 and 1990. Referenced and parodied in various media. The book is very popular for English Literature assignments in High School on both sides of the Pond and Down Under, thanks to its themes about morality and authority.

The best-known example (and possibly the Trope Maker) of a Teenage Wasteland, even when all the kids are under the age of fifteen.

Tropes used in Lord of the Flies include: 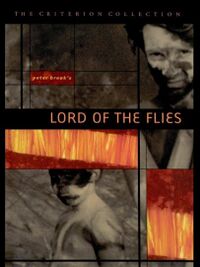 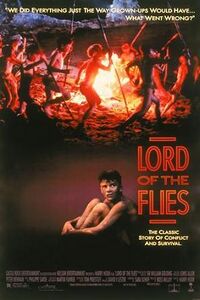 And whatever you do, we mustn't let the fire go out. Because... because...oh God, I can't remember.

Retrieved from "https://allthetropes.org/w/index.php?title=Lord_of_the_Flies&oldid=1888167"
Categories:
Cookies help us deliver our services. By using our services, you agree to our use of cookies.