Everything About Fiction You Never Wanted to Know.
Jump to navigation Jump to search
/wiki/Lordicreator 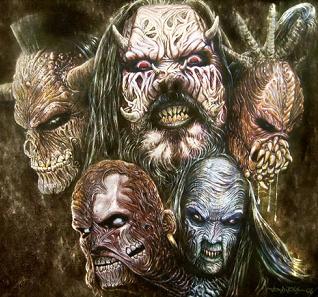 Bringing back the balls to rock.

A Finnish hard rock band formed in 1996, they are best known for wearing monster costumes on and off of the stage. They won the Eurovision 2006 contest with their single "Hard Rock Hallelujah", which also broke the contests' current record. Their music is inspired by KISS, which also led to them performing in costume.

Lordi has also made two horror films, The Kin and Dark Floors, where they star as the monsters.

Not to be confused with Lorde.