Everything About Fiction You Never Wanted to Know.
Jump to navigation Jump to search
/wiki/Loriotcreator 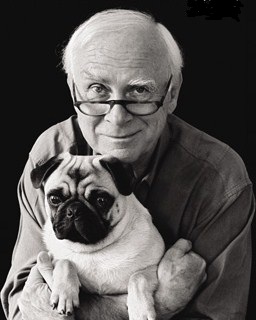 "Life without a pug is possible but pointless."

Victor "Vicco" von Bülow (aka Loriot) was a German humorist, caricaturist, director and actor. His importance for the German Humor could be compared to Rowan Atkinson's or Monty Python's for the British.

Though he has directed and starred in two movies (Ödipussy in 1988 and Pappa ante Portas in 1991), Loriot is better known for his little sketches - mainly parodying the German everyday life - and his potato-nosed cartoon characters, who seldom change their dull expressions.

And if we say "Germany", we mean The Bonn Republic.

Loriot provides examples of the following tropes:
Retrieved from "https://allthetropes.org/w/index.php?title=Loriot&oldid=1593371"
Categories:
Cookies help us deliver our services. By using our services, you agree to our use of cookies.