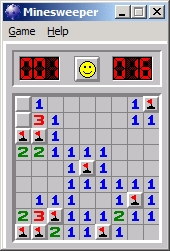 You must choose...but choose wisely!

"If no mistake have you made, yet losing you are... a different game you should play."
—Yoda, Star Wars: Shatterpoint

The Luck-Based Mission is a bane to many gamers because if luck is not with you, you'll lose. The worst examples are when skill is completely removed as a factor. Regarded as frustrating at best and often an infuriating stumbling point, the games that actually feature this as a requirement are thankfully few, but still, they're present. Save Scumming is a requirement.

A particularly repellent form of Luck-Based Mission is one where the game mocks you for failure. As if it's your fault that the Random Number God is displeased. Then again, inciting the Atomic F-Bomb tends to help a few types of people vent their frustration on anything other than an unrelenting computer. (Others threaten it with the junkyard.)

This trope is particularly vexing for speedrunners; gamers can pour as much practice as they want into perfecting skill-based portions of the game, but that won't stop their speedruns from being ruined by one bit of bad luck.

A subtrope of Fake Difficulty. Sister trope to Timed Mission and Escort Mission. Cousin trope of Trial and Error Gameplay. Has a very high chance of being That One Sidequest.

Examples of Luck-Based Missions include:

"How is this good gaming design?"