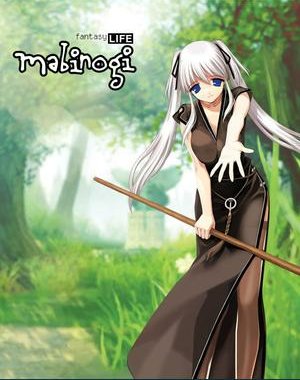 Mabinogi: Fantasy Life is a unique MMORPG developed by DevCat and released by Nexon. It's a 3-D game with Anime-style artwork, using the Pleione engine (unique to Mabinogi). The world and storyline are based in part on Celtic Mythology, specifically the Welsh Mabinogion and bits of Irish mythology; and is concerned primarily with the conflict between humans and "Fomors". Unlike many MMORPGs, there is plenty to do besides combat, although it is still an important part of the game. The extensive and robust crafting, music, and exploration systems make it possible to play Mabinogi Fantasy Life without engaging in any sort of combat, beyond the beginner quests, and still find plenty to do. However, this does make advancement somewhat slow and difficult by comparison.

There are no job classes as such (and only minimal differences between the three available races), or level-based building points. Instead, the game uses a number of non-exclusive skill paths to develop abilities and increase stats; divided into "Combat", "Magic", "Alchemy", and "Life" categories; the last consisting of the usual crafting skills, among others. The player can advance in any path, at any time; and can theoretically max out every single skill in the game. However, due to the time and effort required to level up skills; most players concentrate on skills that apply to more traditional character builds, such as Fighters, Magic Users, or Rangers, along with some secondary life skills to boost stats appropriate for their play style. Skill advancement is done through the use of "ability points", gained through aging (up to a certain point) and leveling up.

One of the most unusual aspects is the "Rebirth" mechanism, which enables the player to reset a character's age, stats and level while retaining skill development (and the stat boosts gained thereby). Because of this, Level Grinding is unimportant; and reaches a point of diminishing returns fairly quickly. Due to the ability point system, rebirth is an essential gameplay mechanic.

Unlike most MMORPGs, the combat system is fairly complex, requiring strategy and the ability to think quickly. Monsters use a wide range of AI styles and skills; requiring the player to react fairly quickly to changing combat situations, and develop good use of skills and counter-techniques. Autocombat is available, but minimally useful; and macros are generally ineffective (there is no in-game mechanism for creating them).

Mabinogi Fantasy Life does have an overarching story, which is released bit by bit in large updates called "generations", which themselves consist of smaller updates called "seasons".

A Prequel game Mabinogi: Heroes was released for the Asian market in December, 2009; and was released in North America in October 2010, under the title Vindictus. While set in the same world, this is a darker and bloodier version, using Valve's Source engine. Although it maintains some of the original's skill-based system and titles, gameplay is far more combat-oriented—it is being promoted as an "Action RPG"—and the game mechanics are simplified. The storyline takes place during the period of Mabinogi's history referred to in-game as the "Fomor Wars", which forms the backdrop for most of the original game's storyline quests.

A Sequel game, Mabinogi 2, is currently under development.

Rua: Apparently it involves a card or something. I guess that's some kind of Milletian-talk?