Everything About Fiction You Never Wanted to Know.
(Redirected from Magical Starsign)
Jump to navigation Jump to search 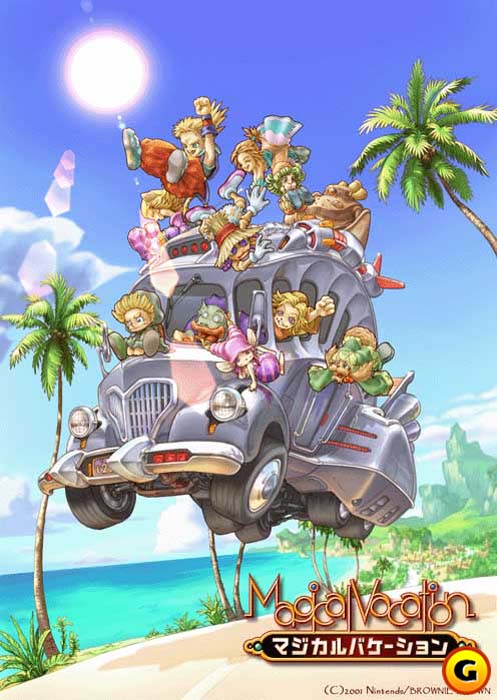 Magical Vacation (2001) was the first entry in a role-playing game series that takes place on Kovomaka. The main characters are a group of trainee mages that attend the Will-O-Wisp magic school. They can interact with elemental spirits and cast elemental spells.

In the first game, the students are on summer vacation (hence the name) when they are attacked by The Heartless which splits up the students. It's up to the main character to rescue the students. Sadly, this game never met an Eastern Release, similar to Mother 3.

The sequel, Magical Starsign (2006), takes place 800 years later, when one of the teachers disappears. The students find a magical spaceship in a part of the school and get lost in space, having to reunite with each other and rescue their teacher.

Also, for some reason, a great deal of things in the games are made out of gummi. Including the power-ups and the Cosmic Keystones.

Tropes used in Magical Vacation include:

Where did Farina go? Did she take off again? She sure was a weirdo. I probably shouldn't say that. Oh, well. Nobody's going to read this.