Everything About Fiction You Never Wanted to Know.
(Redirected from Mask Power)
Jump to navigation Jump to search 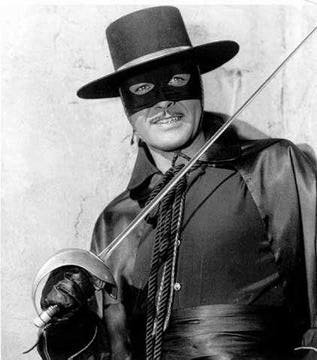 Fezzik: Why are you wearing a mask? Were you burned by acid or something like that?
Man in Black: No, it's just that they are terribly comfortable. I think everyone will be wearing them in the future.

Anyone who routinely covers at least half of their face is likely to be at the top end of the personal power scale. Habitual illusions and kabuki-style makeup also count.

Oddly, this also applies to those who wear little round glasses, despite the significantly lesser coverage, especially if they're Scary Shiny Glasses or Stoic Spectacles.

Almost prototypical for Superhero characters. In anime, these are standard issue for Char Clones.

Humongous Mecha frequently gain a mask (over their mouth at the least) when combining or entering a Super Mode.

Note that this only applies to major characters. Mooks in masks are in a special subcategory, but are still Mooks underneath. When you take this and add a coat, a hat and a suit, you get Coat, Hat, Mask. When done by villains, often coincides with Malevolent Masked Men, especially if it's white. In case of serial Killers, we are talking about Hockey Mask and Chainsaw. A mask that actually gives you power is a Mask of Power. For other headgear, see Nice Hat.

Examples of Cool Mask include:

Kekko Kamen: Nobody knows my face, but everyone knows my body...

"whom men called Natohk, the Veiled One; for his features were always masked."

For those little round glasses, see