Everything About Fiction You Never Wanted to Know.
(Redirected from Meitantei)
Jump to navigation Jump to search 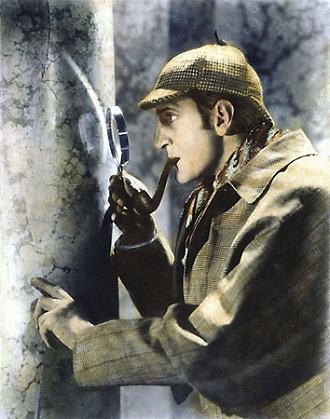 The Great Detective tradition originates with Eugène François Vidocq, a Real Life criminal-turned-detective and founder of the French Sûreté. Vidocq pioneered many of the scientific methods of detective work which would later become common in fictional detective stories.

The first Great Detective in fiction was Edgar Allan Poe's C. Auguste Dupin. Poe rejected the Vidocq model in favor of a more fantastic kind of detective. Later, the Dupin model was further codified by Arthur Conan Doyle's Sherlock Holmes, the most famous example to this day.

In Japan, this type of character is called "Meitantei", and the detective may combine the Kid Detective with the Great Detective.

Examples of Great Detective include: