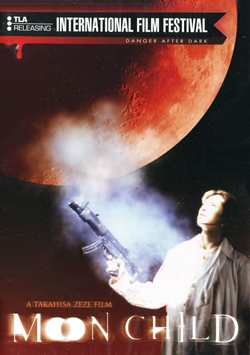 It's the year 2014, and after going through extreme economical crisis, many Japanese are forced to emigrate to China. The story begins showing a few orphans stealing to survive. Unfortunately, they decide to steal from a mobster and get caught. One of the orphans, named Sho, meets a vampire who is near death. After saving the vampire, Kei (Hyde), he saves the orphans from the wrath of the Gangster.

Fast forward in time. Sho (Gackt) is a young man now, and he and his orphan friends are still stealing to survive. They've upgraded their tactics now, and gunfights ensue. Kei has decided to serve as a mentor to the group, and his superhuman abilities prove valuable. The group meet a Taiwanese man, Son, and learn that he is trying to take revenge on the gangsters for raping his sister, Yi-Che. The orphans decide to team up with him, and a friendship is formed.

The rest of the movie follows this group through their lives, showing the hardships they face, and how their bonds grow or diminish over time.

Tropes used in Moon Child include:
Retrieved from "https://allthetropes.org/w/index.php?title=Moon_Child&oldid=1759937"
Categories: