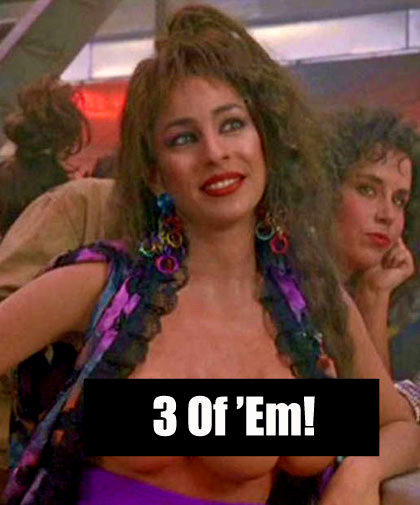 Yeah, this is the only thing I remember about that movie, too.

Beavis: Check it out, Butthead! This chick has three boobs!
Butthead: How many butts does she have?

Any female character with more than two breasts. Term originated (or at least popularised) by The Funday Pawpet Show's Simba, whose character Arthur Bronswager sings the parody song "Total Recallin'" which contains the line "The best part was the girl with three breasts."

If its a male character with extra equipment, you've got a Triple Nipple.

Examples of Multi Boobage include: