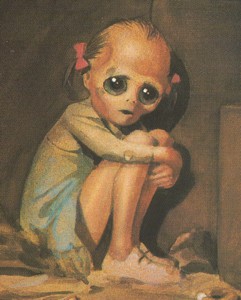 Mutants are, by general definition, organisms that have undergone a permanent change to their genetic structure relative to the norm for their species. Sometimes this results in a new race or breed, or even, as mutations accumulate over time, a new species (speciation), and sometimes it's a one-off that produces effects that don't breed true, or are (most commonly) so negative that they prevent the individual mutant from successfully surviving and breeding. Technically, any deviation in a person's genetic code from a "simple" combination of his parents' alleles would be a mutation. On average, human beings have 150 to 175 mutations each, the vast majority of which are undetectable. So technically, we're all mutants.

Mutants in fiction follow this same basic idea (though normally portrayed in biologically implausible or impossible ways), but have a much wider variety of phenotype effects than Real Life mutations because of Hollywood Evolution. Fictional mutants are often Super Heroes, because "mutation" is a very easy way to get multiple power sets from a single Super-Hero Origin (this is why X-Men, the first major comic to have Loads and Loads of Characters introduced all at once, starred a group of mutants). Just as often, humans or other animals are mutated somehow into hideous Exclusively Evil monsters for the heroes to fight, or pitiful misunderstood freaks.

There are two different ways to use the word Mutant: it can refer to characters who were born with a mutation, such as most members of the X-Men. Marvel Comics, the storytellers that have to be the most specific about this kind of thing, refers to these as Mutants. The other definition is things that have had their genetic code changed after birth, whether by radiation damage, gene therapy, or a pandemic disease. Marvel calls these Mutates. Usually in fiction, these after-market mutations also alter germ cells and get passed on to the mutate's kids. For clarity's sake (and in accordance with the Mutant Registration Act), we keep the examples of these two different kinds of mutation separate.

May overlap with Evolutionary Levels if the mutants are "superior" to mankind. A type of Super-Hero Origin.

Examples of Mutants include:

Retrieved from "https://allthetropes.org/w/index.php?title=Mutants&oldid=1787800"
Categories:
Cookies help us deliver our services. By using our services, you agree to our use of cookies.