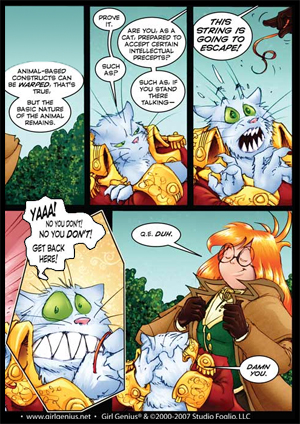 A non-human character tries to live amongst humans. Or maybe a human character is made half-non-human. He does a good job of hiding his non-humanness, but occasionally his species's normal (and non-human) behavior comes out.

Whatever the reason for a transformation may be, this is almost guaranteed to happen during or after Shapeshifting. This may include food preferences unusual for their current form or other stereotypical behavior.

Examples of My Instincts Are Showing include:

Retrieved from "https://allthetropes.org/w/index.php?title=My_Instincts_Are_Showing&oldid=1938918"
Categories:
Cookies help us deliver our services. By using our services, you agree to our use of cookies.