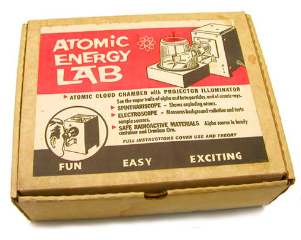 Values Dissonance often comes into play, due to cultural perceptions both of what is and is not dangerous for kids and how long it takes for kids to "grow up." (Theodore Roosevelt reportedly could fire a gun at age 10, whereas most kids that age nowadays might still be playing with Play-Doh.)

Olympus Mons could be considered the organic equivalent; just replace "toys" with "pets."

Examples of My Little Panzer include:

Retrieved from "https://allthetropes.org/w/index.php?title=My_Little_Panzer&oldid=1918320"
Categories:
Cookies help us deliver our services. By using our services, you agree to our use of cookies.