My Significance Sense Is Tingling 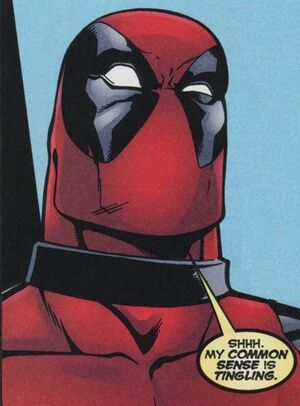 Common Sense. So rare it's a goddamn superpower.

Often used in stories featuring cosmic villainy. In the immediate aftermath of a noteworthy event, there will be a brief (usually no more than three panels) cut-away to an easily recognizable character from the same fictional universe. The character will then remark that his super-powers or Applied Phlebotinum sensors indicate an event of great significance has taken place, although he does not know what that event might be.

Note that the sense itself is referenced on the Spider Sense page. This trope here is the USE of that sense (or something that works just like it).

Compare The Force Is Strong with This One (a character who can sense another character's Power Level), Seers.

Examples of My Significance Sense Is Tingling include: