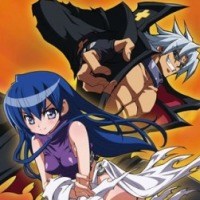 NEEDLESS: In the near future, mankind has suffered from World War III, leaving extreme damage all over. Mankind has been forced to evolve. From this chaos comes a new species: "Needless". The Needless are humans who have contracted a "disease", as humans call it, which allows them to wield extraordinary powers. Their abilities include telekinesis, Elemental Powers, gravity control, adaptation, radioactive release and so on, all seemingly impossible.

The manga debuted in 2003 and ended in 2013, and an anime adaptation by Madhouse aired in the second half of 2009. The anime has been licensed for US distribution with an English dub track by Sentai Filmworks, and is available online.

Not to be confused with The Needless.

Tropes used in NEEDLESS include:
Retrieved from "https://allthetropes.org/w/index.php?title=NEEDLESS&oldid=1955850"
Categories:
Cookies help us deliver our services. By using our services, you agree to our use of cookies.